If you like to soak up the history and culture of a place just as much as the glorious sunshine, you’ll want to put these awe-inspiring UNESCO World Heritage Sites on your itinerary.

At The Holiday Butler we like to explore the most unique corners of the world; learning to live how the locals do, admiring iconic landmarks, and indulging in a destination’s authentic cuisine.

That’s why we’ve listed 5 of our favourite cultural sites to visit across the globe, so you can appreciate the special role they’ve played in shaping history, up close and personal. From world-famous mausoleums to sacred mountains and beyond…

A bustling capital fringed by baroque and neoclassical buildings, rainbow-coloured Cadillac’s, vibrant salsa shows, and a fair share of rum and cigar shops, Havana’s old centre and its fortifications exude olde-worlde charm and heaps of history and culture.

Founded in 1519 by the Spanish, Old Havana is one of the most impressive historical city centres in the Americas – and the oldest of the country’s nine UNESCO World Heritage sites, having been declared in 1982. Once the largest port in its region, Havana quickly became a stopping point for Spanish Galleons and to this day remains home to a large network of dockyards and defensive installations that encircle the neighbourhood.

A few of the most popular fortification landmarks include the Castillo de la Real Fuerza (the oldest colonial fortress in the Americas), Castillo de San Salvador de la Punta, La Cabana Fortress, and Castillo del Morro. While you’re here, a visit to the Havana Cathedral is a must for its architectural beauty.

One of the most spectacular monuments in the world, this ivory white marble mausoleum was built in Agra between 1631 and 1648 by the order of Mughal emperor Shah Jahan in memory of his favourite wife. The Taj Mahal is a glistening jewel when it comes to India’s landmarks, making a name for itself as one of the most universally admired masterpieces – and once you experience its beauty up close, you’ll understand why.

Sitting pretty on the bank of the river Yamuna, this architectural delight took 20,000 stone carvers, masons, and artists from across the country (plus Turkey and Iraq too) to build – which isn’t surprising when you consider the structures intricate details including calligraphy carvings and inlaid semiprecious stones. While you’re here, be sure to wander the lush surrounding gardens and admire the reflecting pool.

Understandably, this year-round attraction gets incredibly busy – the best time to visit the Taj Mahal is early or late in the day, once the crowds start to disperse. The only day you cannot visit is a Friday, as it is closed.

If you like to get more bang for your buck, you’re in luck, as this World Heritage site packs three wonderful archaeological sites into one – Pompei, Herculaneum, and Torre Annunziata.

A must-visit if you’re travelling to Italy, these three areas make up one of the country’s 58 UNESCO World Heritage Sites – and boy, are they a sight to behold. Travel back in time when you explore Pompeii and Herculaneum; these two ancient Roman cities were buried when the eruption of Vesuvius in A.S.79 engulfed them in six meters of ash and pumice-stone, however, after centuries of excavating, today their ruins tell a story of architectural importance.

Visit the Forum and Temple of Jupiter where you’ll discover various shrines and temples, admire the impressive stone-built Teatro Grande and Teatro Piccolo (Large and Little Theater) which housed shows for up to 5,000 spectactors, plus the famous and oldest surviving Roman Amphitheater. In Herculaneum, head for the House of Galba, well-preserved thermal baths at Thermae, and House of the Neptune Mosaic – known for its stunning rainbow-coloured glass mosaic wall.

The third piece of the puzzle, Torre Annunziata is a stone’s throw from the beautiful city of Naples and remains packed with exciting things to explore.

If you appreciate diverse landscapes, you’ll want to grab your hiking boots for this one. Located in balmy Gran Canaria, the archaeological site of Risco Caido and the Sacred Mountains is peppered with cliffs, volcanic formations, prehistoric cave dwellings, temples, and granaries waiting to be explored by eager history buffs.

Stretching around 18,000 hectares (that’s over 11% of the isle) Risco Caido is a must-visit for those in search of traces of human existence from ancestral times thanks to its uniquely significant rock art – believed to relate to magical beliefs and fertility rituals. Discover a series of engravings on the cave’s interior walls, illuminated by an opening in the cave roof – in fact, because of this many thought the landmark could function as a prehistoric astronomical clock.

If you’re travelling to Barbados this summer, you’ll want to take a day trip to the capital city of Bridgetown and its Garrison. This UNESCO World Heritage Site was the largest in the British Colonies in the 17th, 18th , and 19th centuries and famed for the critical role it played in the expansion of the British Empire within the Americas. The major port was a key hub for trade and commerce, its busy harbour occupied by trading vessels and ships making the trans-Atlantic crossing from Africa. The port was, of course, heavily guarded to protect Britain’s trade interests – these efforts didn’t go unnoticed and Historic Bridgetown and its Garrison was honoured UNESCO World Heritage status with a supporting mandate in 2011.

Today, the area continues to exist as a hive of activity full of historic buildings, fortifications, and heaps of charm and character. A few top sights include Ann’s Fort, George Washington House, National Heroes Square, Michael’s Cathedral and beautiful Queen’s Park – the perfect place to escape for an hour or two.

You can send a message anytime by emailing sales@theholidaybutler.com or via WhatsApp on 07888739933.

Book an appointment via our Facebook page and we will call you back.

Our package holidays are financially protected thanks to our partnership with Major Travel PLC under ATOL 2933 and ABTA P7169.

Check out our Trustpilot page to see what our customers say about booking with The Holiday Butler. 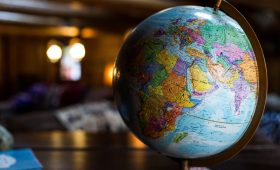 Welcome to The Holiday Butler 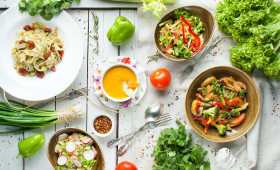 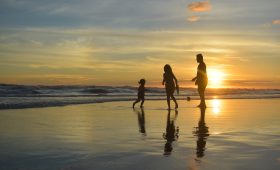 Send Now
1
Get a quote or a call back from The Holiday Butler.

Message now to chat live with our team.